In Experiment 1, gene expression in the upper (including the duodenum) and lower (the terminal ileum) small intestine was compared to identify the region of the small intestine that is affected by LAB strain administration (Fig 1A). After 2 weeks of the administration period, gene expression in the upper and lower small intestine was analyzed using the GeneChip mouse 430 2.0 array with 45,101 native features. We applied three quantification methods (RMA [39], DFW [44], and qFARMS [45]) to the raw data. Hierarchical cluster analysis revealed that three methods did not provide good segregation when expression data of 45,101 probes were used, suggesting that administration of a strain of LAB did not affect overall gene expression (S1 Fig). Microarray data from the three animal groups were quantified using RMA followed by collapsing features into gene symbols and 21,815 genes were further analyzed.

To detect biological processes defined by GO that were affected by the administration of LAB, gene list enrichment analysis using the PANTHER over-representation test was employed, using lists of up-regulated or down-regulated genes (FDR < 0.05) in each LAB-administered group (Table 2). In the upper small intestine, the administration of C59 down-regulated the same biological processes as the administration of GG, suggesting that the effects were LAB-specific but not strain-specific. Fga, Fgb, and Fgg encoding fibrinogen subunits, and Plg encoding plasminogen, were significantly down-regulated (FDR<0.05) in groups administered both C59 and GG, among the genes associated with the biological processes “plasminogen activation”, “positive regulation of heterotypic cell-cell adhesion”, and “fibrinolysis”. These genes were not detected as DEGs in the terminal ileum. This observation raised the possibility that down-regulation of fibrinogen subunit and plasminogen gene expression in the upper small intestine might be a general effect of LAB administration. The oral administration of Lactobacillus casei CRL431 was shown to activate effectively coagulation and inhibit fibrinolysis during a pneumococcal infection; this was mediated by an induction of high levels of IL-4 and IL-10 [46]. In the current study, the oral administration of C59 or GG did not significantly affect the expression of Il4 and Il10 in either the upper or lower small intestine in a healthy mouse. Whether administration of LAB affects blood coagulation itself by down regulating of expression of coagulation-related genes remains to be investigated. With respect to Plg gene expression in the upper small intestine, although it has been shown that the cell surface components of C59 can activate plasminogen in vitro [38], the effect of oral administration of C59 could be distinct from the in vitro mechanism.

By contrast to the upper small intestine, common biological processes affected by the oral administration of C59 or GG were not identified in the terminal ileum and only administration of GG affected several biological processes, suggesting a GG-specific effect in that intestinal segment. Significant (p < 0.05) enrichment of B cell-related GO terms was observed among up-regulated genes in the group administered GG. The following DEGs were associated with “brown fat cell differentiation”: Adb3, Adig, Adipoq, Fabp4, and Scd1. The following DEGs associated with “lymph node development”, “B cell receptor signaling pathway”, “B cell activation”, “cell chemotaxis”, and “adaptive immune response” were identified: Arhgef16, Blk, Ccr6, Ccr7, Cd79a, Cd79b, Cr2, Cxcr13, Cxcr5, Fcamr, Ighg, Klhl6, Ltb, Ms4a1, Pdgfra, Saa2, Saa3, and Tnfrsf13c. These results suggest that GG administration exerts a more pronounced effect on the activation of immune cells than C59 administration. Pronounced immunostimulatory effects of GG have been reported in various studies [16, 17, 29–31, 47]. Our results confirmed these immunostimulatory effects, as reflected by the host’s intestinal gene expression. Since more DEGs were detected in the terminal ileum and GG-specific enrichment was observed when the terminal ileum was examined, we decided to focus on the terminal ileum in subsequent analyses.

To identify the factors contributing to changes in gene expression in the terminal ileum, principal component (PC) analysis (PCA) was performed using array data quantified by RMA (Fig 2A). Each gene had a loading in each principal component. PCA was used to determine whether gene expression would be affected by different doses of LAB. PCA of all RMA data (7 groups, n = 5) revealed that the cumulative proportion of top 15 PCs was 0.85. PC1 significantly contributed to the classification between control and GG-10^7 (p < 0.05), GG-10^8 (p = 0.05), and GG-10^9 (p < 0.01), respectively, suggesting that administration of more than 1 × 107 CFU/day of GG changed the gene expression of the host ileum. There was no significant difference between groups at different doses of GG. The PCA plot showed that 14 out of 15 GG groups had a positive PC1 coefficient value (Fig 2A). Conversely, PC3 significantly contributed to the classification between the control and the C59-10^8 group (p < 0.01). Eleven out of 15 C59 administered groups had a negative coefficient value on PC3. The component loadings of PC1 and PC3 for each gene were plotted to detect the contribution to these two PCs (Fig 2B). Genes with higher component loadings on PC1 and lower component loadings on PC3 were identified (S11 Table). Interestingly, genes with a high PC1 coefficient were found in DEGs identified in B cell-related GO terms in Experiment 1. Thus, the expression of these genes, Ccr6, Cd79a, Cd79b, Cr2, Cxcr5, Klhl6, Ms4a1, Tnfrsf13c, would characterize the effect of GG administration. Fig 2. Principal component analysis of gene expression of the terminal ileum after the administration of various doses of C59 and GG.

The result of PCA suggested that the administration of C59 and GG differentially affected the gene expression in the terminal ileum.

In the case of GG administration, a difference in gene expression was observed in the GG-10^7 group. We previously reported that a 7 day consecutive administration of GG (4 × 108 CFU/0.2 ml of PBS) to mice resulted in a marked increase in Tlr3 gene expression in the small intestine, but did not alter the expression of genes encoding other TLRs [34]. In the current study, a significant up-regulation of Tlr3 expression was observed in the groups administered both GG and C59 (FDR < 0.05), except for the GG-10^9 group (FDR = 0.05). This was consistent with the observation that LAB strains harbor more dsRNA than other examined pathogenic bacteria [35]. In experiments that employ bone marrow-derived dendritic cells, LAB induces IFN-β production via dsRNA [35]. Changes in the expression of the Ifnb1 gene encoding IFN-β were not observed in the current study. TLR3 plays a key role in the innate immunity [35, 48], and LAB administration would stimulate the host’s immune responses. The type of dsRNA that is involved in the up-regulation of Tlr3 and the question of whether LAB dsRNA is involved in the strain-specific probiotic effect should be investigated further.

To detect the dose-dependent effect of LAB administration on the biological processes in the terminal ileum, the PANTHER over-representation test was employed, using lists of genes up-regulated or down-regulated (FDR < 0.05) in each group administered LAB (S5–S10 Tables). Although neither the number of DEGs (Table 3) nor PCA (Fig 2) revealed dose-related effects of LAB, gene list enrichment analysis revealed strain- and dose-related effects on GO biological processes (Table 4). Significant enrichment of genes involved in “intestinal absorption” (GO:0050892) was observed in both the C59-10^8 group (p = 0.0014) and the C59-10^9 group (p = 0.0050); in these groups, six genes, namely, Abcb1a, Aco1, Cd36, Fabp1, Lep, and Slc5a1, were significantly up-regulated (FDR < 0.05).

Specific GO term enrichment was not apparent for down-regulated genes in GG animals. Similar to the results of Experiment 1 (Table 1), enrichment of “B cell receptor signaling pathway” and “B cell activation” processes was also observed in the GG-10^9 group in Experiment 2. These results suggested that GG cells interact specific intestinal immune cells to activate B cells and administration of 1 × 109 CFU/day of GG cells is required to execute this activity. The following 33 genes listed under “B cell receptor signaling pathway” and “B cell activation” were up-regulated in GG-10^9 group: Aicda, Bank1, Blk, Btk, Btla, Ccr6, Cd19, Cd24a, Cd40, Cd79a, Cd79b, Cr2, Cxcr5, Fnip1, Gcsam, Hhex, Ighg, Ighg1, Ighg3, Ighv14-2, Il2rg, Klhl6, Lyl1, Malt1, Mef2c, Ms4a1, Pawr, Ptprc, Sash3, Stap1, Tfrc, Tnfrsf13b, and Tnfrsf13c. Such enrichment was not observed in either the GG-10^7 or the GG-10^8 group, indicating that administration of 1 × 109 CFU/day of GG increased the expression of B-cell related genes. Among B-cell related genes, Aicda, Bank1, Btla, Ccr6, Cd19, Cd79a, Cd79b, Cr2, Cxcr5, Ighv14-2, Klhl6, Ms4a1, Stap1, and Tnfrsf13c were also among the top 50 genes with high PC1 loading (S11 Table). Interestingly, the expression of these genes decreased with an increasing dose of administered C59, while it increased with an increasing dose of administered GG. Specifically, the expression of Cd79b, Cxcr5, Aicda, and Ccr6 genes was down-regulated in the C59-10^8 and C59-10^9 groups. Concerning the adherence to the intestinal epithelial cells, GG is well known to adhere to the intestinal mucus via the pili [12], whereas C59 is quickly excreted with the feces, 6 h after oral administration [28]. The ability of GG to persist in the intestinal tract longer than C59 may explain its greater immunostimulatory effect. However, the observed opposite effect on gene expression cannot be explained by the strain’s adherence ability. Strain C59 weakly stimulates macrophages, inducing the production of low levels of such inflammatory cytokines, such as IL-12 [28, 49]. In addition, oral administration of live C59 suppressed IgE antibody production in OVA-sensitized mice [28]. This suggests that the difference in the effect of C59 and GG on murine gene expression is not associated with the difference between Lactobacillus and Lactococcus, but is strain-specific.

We previously observed a significant down-regulation (p < 0.001) of genes involved in the immune response in the terminal ileum in mice exposed to sub-chronic and mild social defeat stress, a murine model of depression [50]. Because GG can stimulate B cell-related pathways in the terminal ileum, intake of GG may attenuate stress-induced symptoms, including perturbation of the intestinal microbiota and metabolites, by stimulating the immune responses.

The effect of LAB administration on CXCR5-positive ILFs

The mucosal immune system of the intestine comprises the intestinal lamina propria cells and the intraepithelial lymphocytes, in addition to such organized lymphoid structures as the Peyer’s patches (PPs) and ILFs. Unlike the programmed development of PPs, the maturation of ILFs from cryptopatches requires induction by the intestinal microbiota [55]. The chemokines CCL20 and CXCL13, and their respective receptors CCR6 and CXCR5, play a role in the development of ILFs [56–58]. The expression of Ccl20 and Cxcl13, and their respective receptor genes (Ccr6 and Cxcr5), in the ILFs of aged mice were 3–4 fold lower than those of young mice [56]. In the current study, compared with control group, the expression of the Cxcl13 (ranked 32 among the up-regulated DEGs, FDR < 0.001), Cxcr5 (ranked 57 among the up-regulated DEGs, FDR < 0.001), and Ccr6 genes (ranked 94 among the up-regulated DEGs, FDR < 0.001) was significantly increased in the GG-10^9 group; the expression of Ccl20 was not significantly changed.

We also examined the effect of oral GG administration on ILF development. After 2 weeks of GG administration (1 × 109 CFU/day), the small intestines were stained with anti-CXCR5 antibody, and CXCR5-positive ILFs were counted. No significant differences in the number of CXCR5-positive ILFs in the control group and mice administered GG were observed (Fig 4). The terminal ileum, evaluated by the microarray analysis, was located in segment D, where the number of ILFs was lower than in other segments. The number of ILFs was not significantly affected by GG administration. Further studies are required to identify the immune cells recognizing individual GG cells and the mechanism through which the mucosal immune system is up-regulated by GG administration. Fig 4. The effect of GG administration on the number of CXCR5-positive ILFs in the murine small intestine.

After 2 weeks of GG administration (1 × 109 CFU/day) or PBS (n = 5 in each group), the small intestines were divided into four equal segments, from proximal to distal (A–D), labeled with anti-CXCR5 antibody and HRP-conjugated anti-rabbit antibody, and visualized with DAB. The CXCR5-positive ILFs in each intestinal fragment were counted under a stereomicroscope. 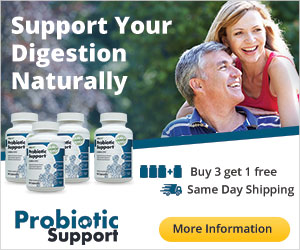 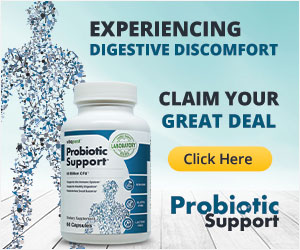